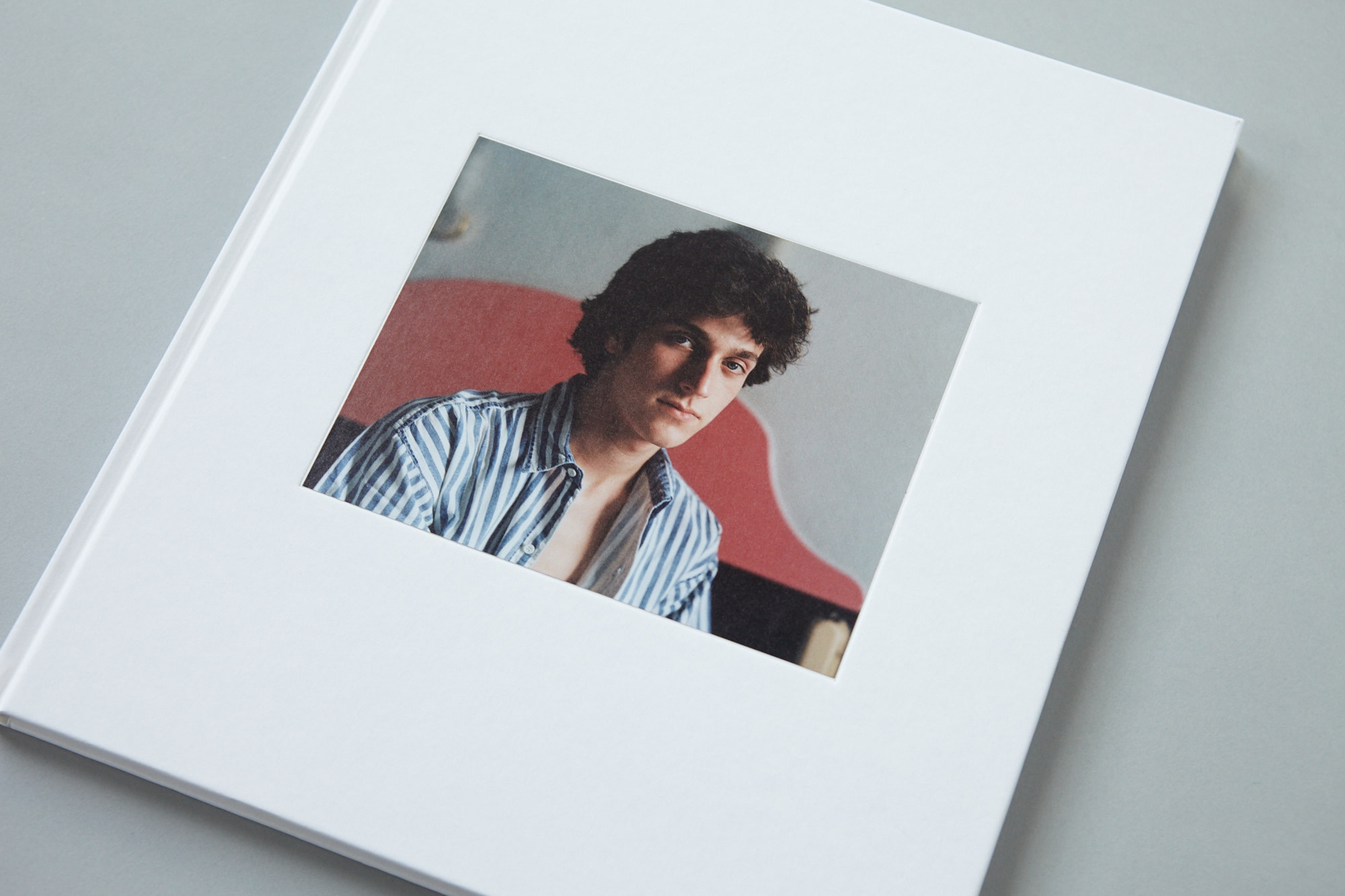 "If this book was meant to be opened at only a certain time of day, it would be the morning. Whilst the light in Joachim Mueller-Ruchholtz’s photographs often seems to be that from a newly-risen sun, that isn’t the reason why. The morning brings promise, options, optimism - the potential offered by a new day. And the young men in Mueller-Ruchholtz’s portraits are at that moment in their lives when the world lies at their feet. The expressions they offer to the camera say it all: vulnerable, confident, sensitive, honest, assured, expectant, willing. The portraits were taken between 2016 and 2018, either at hotels in cities where, as models on the books of Eva Gödel’s Düsseldorf-based model agency Tomorrow Is Another Day, Mueller-Ruchholtz’s subjects were scheduled to walk in fashion shows, or at their homes in various European centres - Paris, London, Berlin, Helsinki. They’re pictures taken at stolen moments along the urban circuit of a restless, globalised fashion industry. But even though these men might be walking Raf Simons or Hugo Boss the next morning, there isn’t much to indicate privilege or decadence in their surroundings. Are they boys or are they men? They’re caught between worlds – between adolescence and adulthood, the ordinary and the luxurious, the known and the new (some of them were travelling out of their home towns for the first time for their TIAD assignments). And it’s during this in-between moment that identities are formed. Looking at each portrait in turn, I see how certain boys take on personae they might have subconsciously picked up from images or films of cult men of the past, like an image they’ve projected onto their own bodies. Gödel is interested in male archetypes, and you can see it in the boys she picks: one is like a frontman from a 90s indie band, another a Beat antagoniser...then a grunge brother, a Jim Morrison channeller, a queer lover, a father, a man about town, a disaffected loner. Tomorrow is Another Day was originally a fiction, proposed in the thesis Gödel submitted as part of the graphic design course she was on. But it became real as her talent for casting was gleaned by friends including artist Rosemarie Trockel and designer Raf Simons. Filmmaker Larry Clark’s exhibition at Gisela Capitan in Cologne in 1992 was an important moment for Gödel and Raf Simons is also a Clark fan. His work’s themes – of conformity versus rebellion, and rites of passage, are present in this book, too.

Mueller-Ruchholtz studied in Leipzig under Joachim Brohm and perhaps he developed an interest in colour as a consequence. In his photographs, colour and light twin up to magnetic effect – our eyes are drawn to their chromatic beauty. Mueller-Ruchholtz cites Tina Barney’s The Europeans as a significant reference point for this project. In the introduction to her recent monograph, Barney writes: ‘By 1996... I found that a single vertical figure was the most challenging form of all. The solitary character not only had to confront himself or herself, but also to think in silence about who he or she was for just a few minutes – and face me and my camera in that meditative state’. I see these meditative states here also, in Mueller-Ruchholtz’s first book, Portraits." 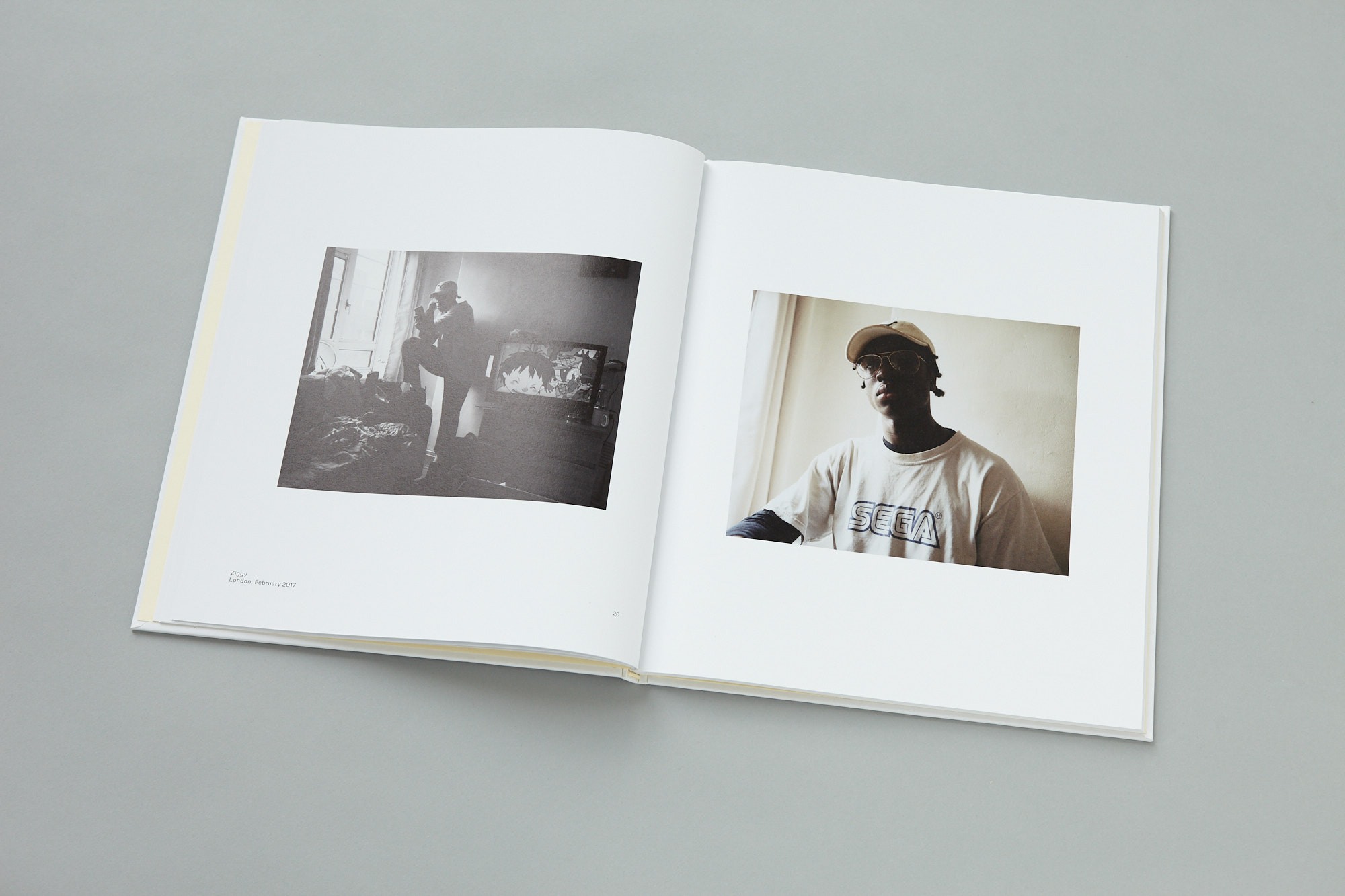 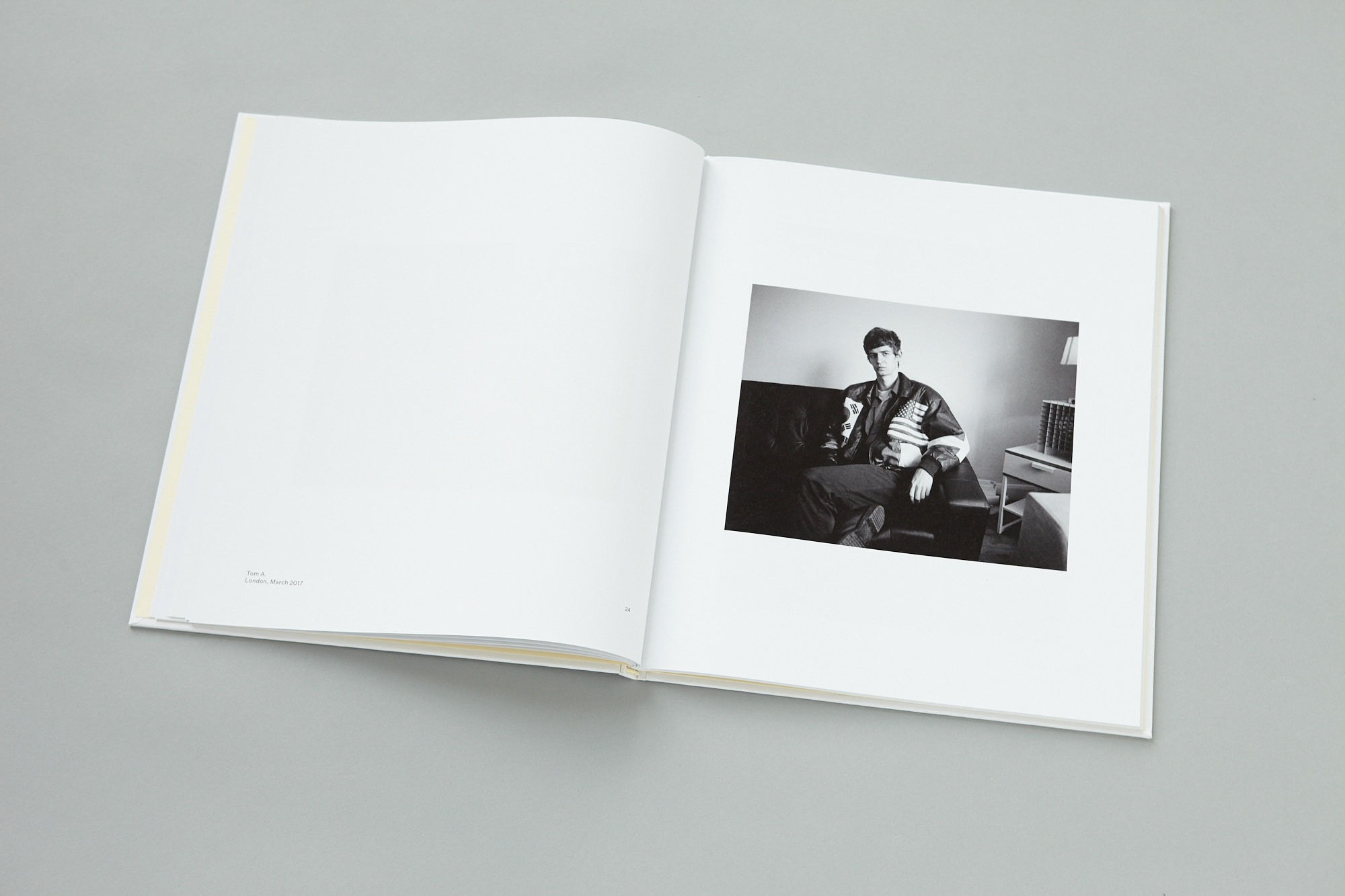 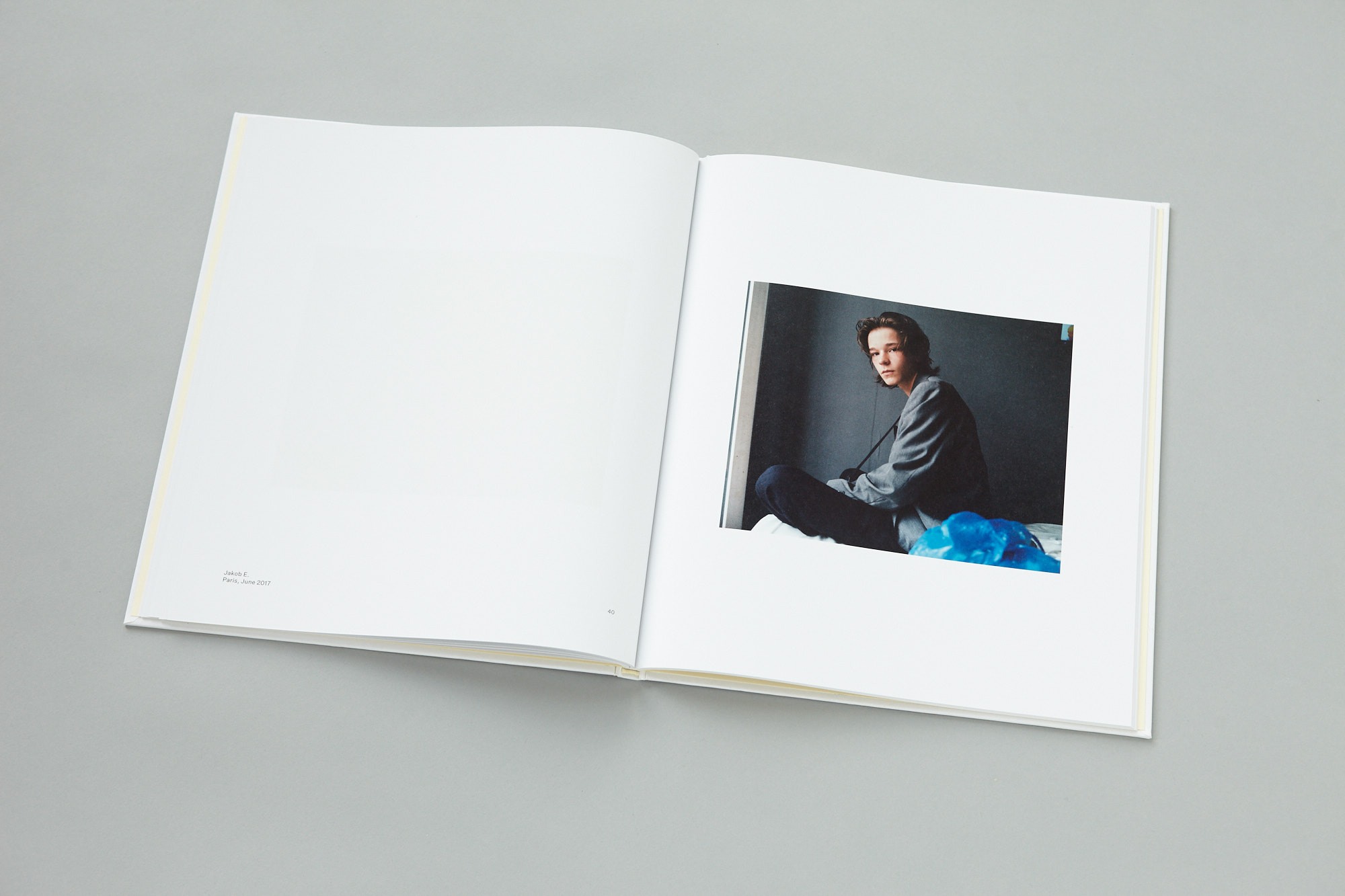 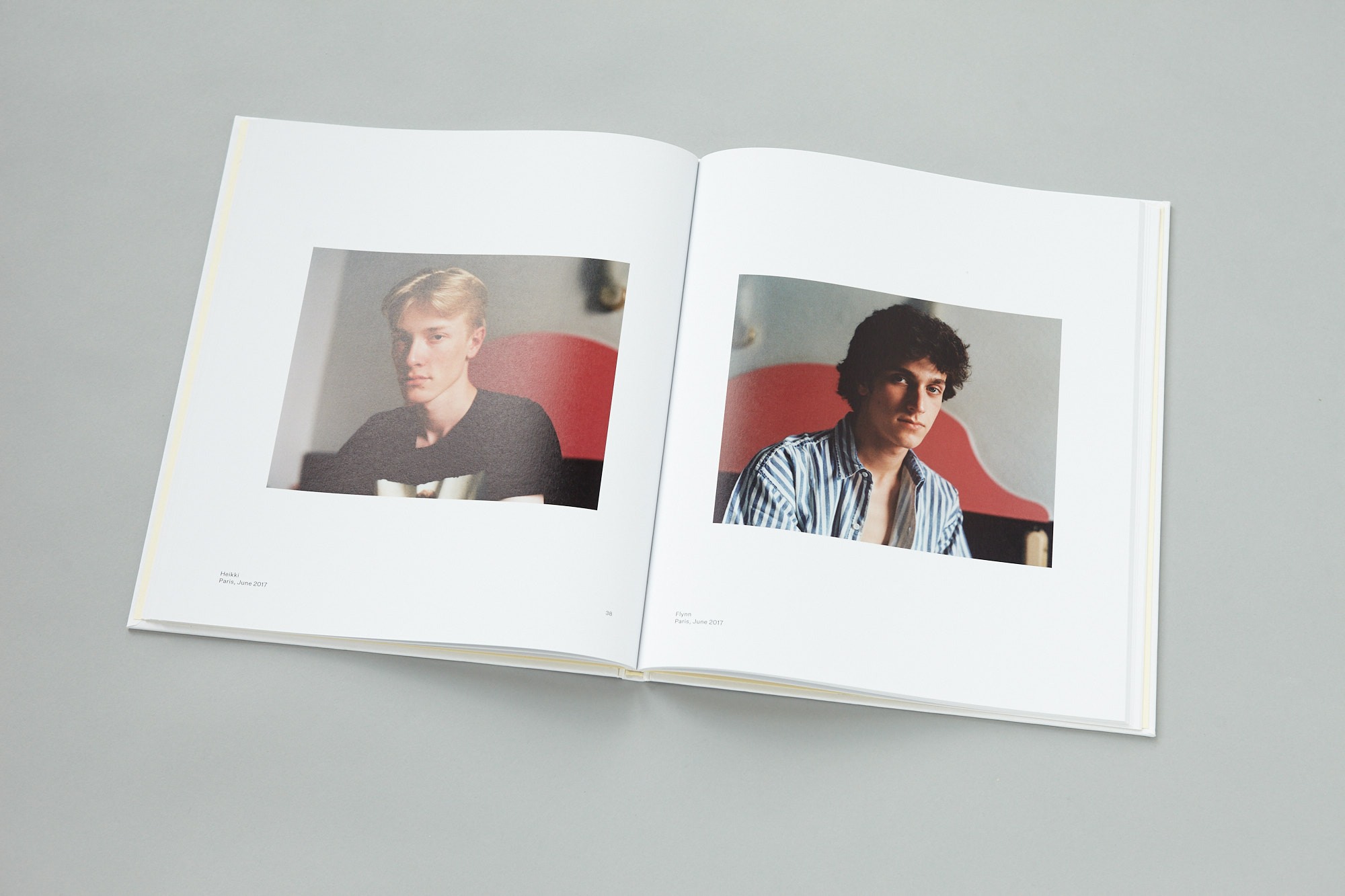 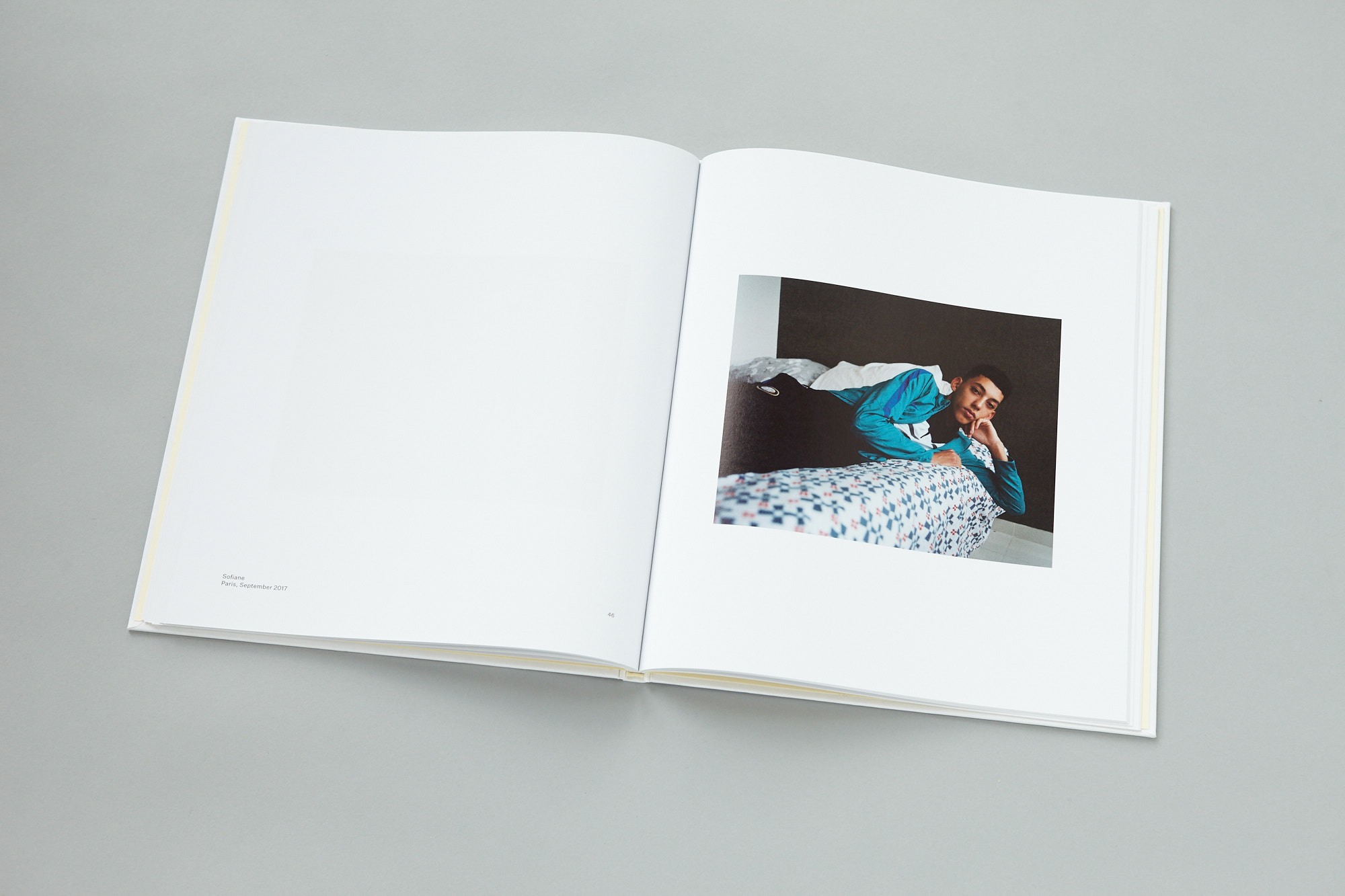 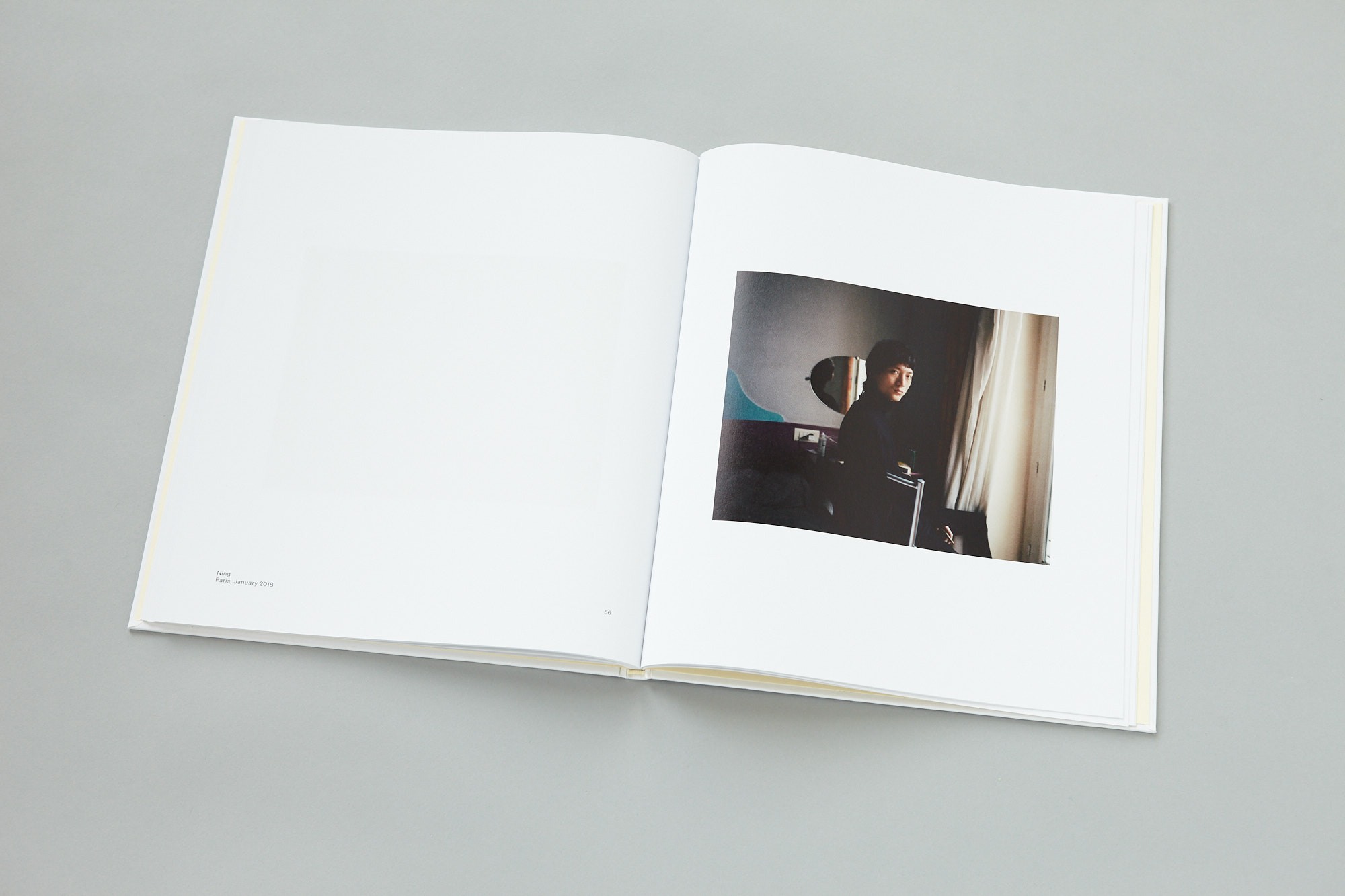 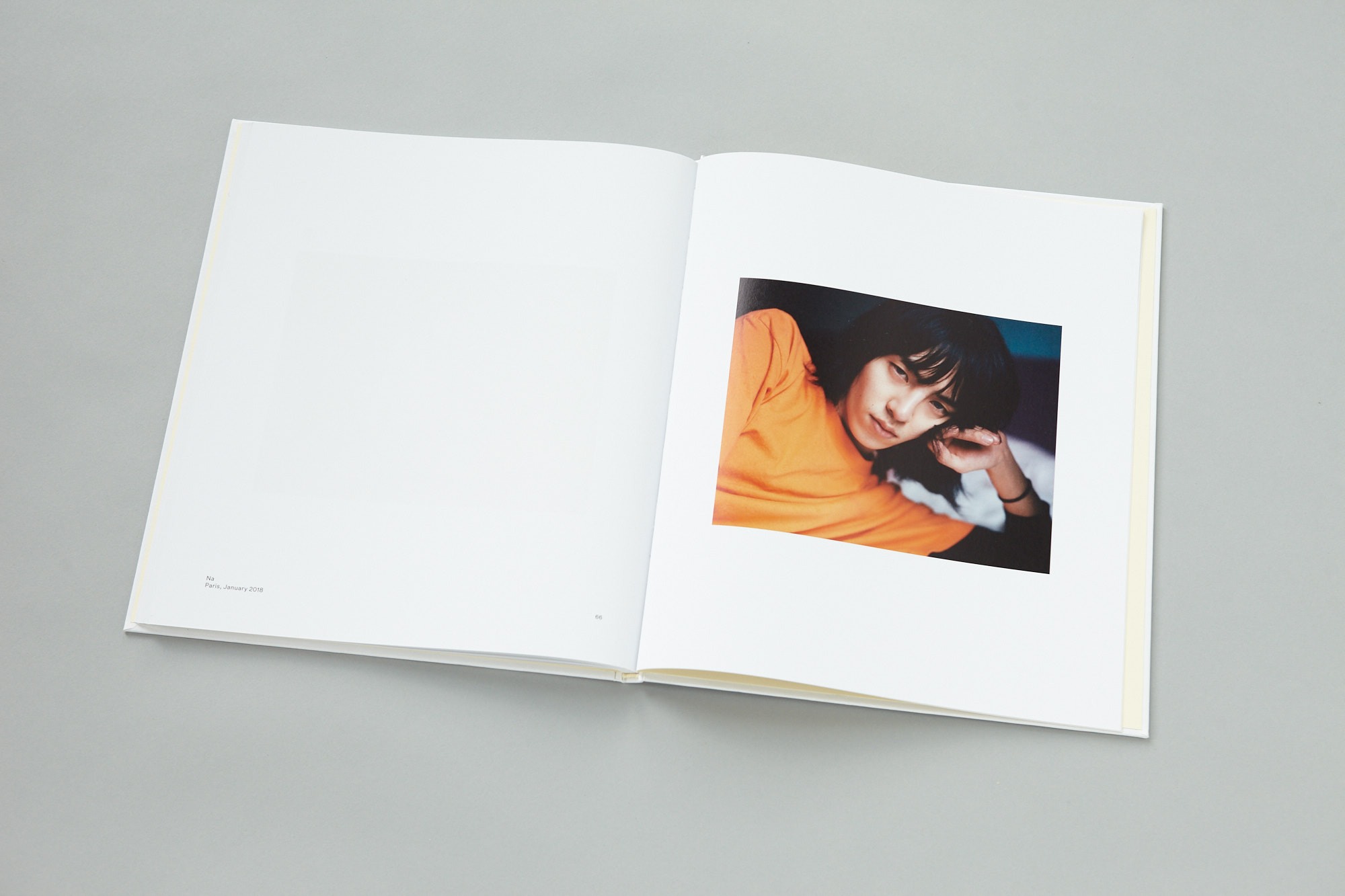 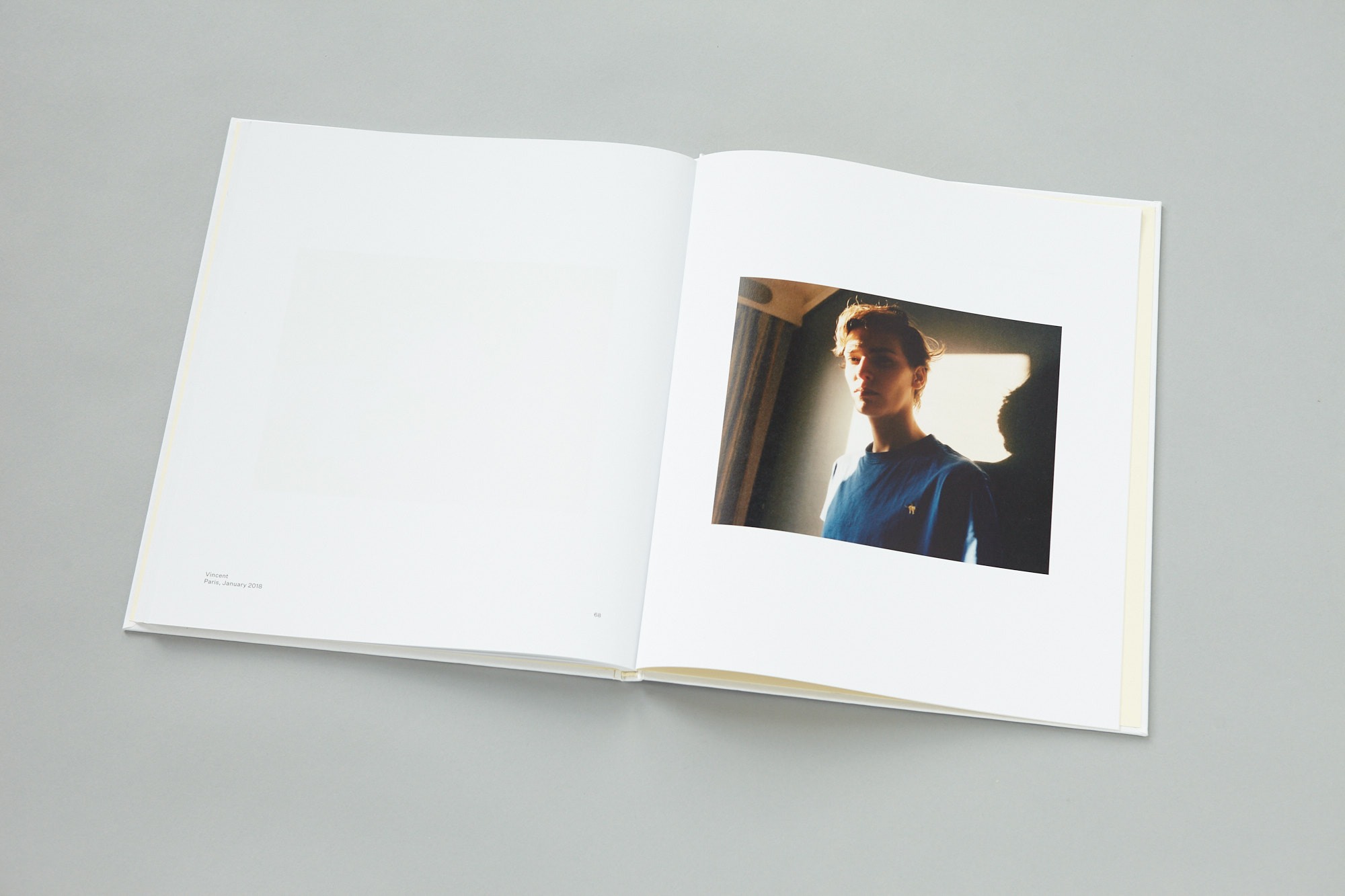 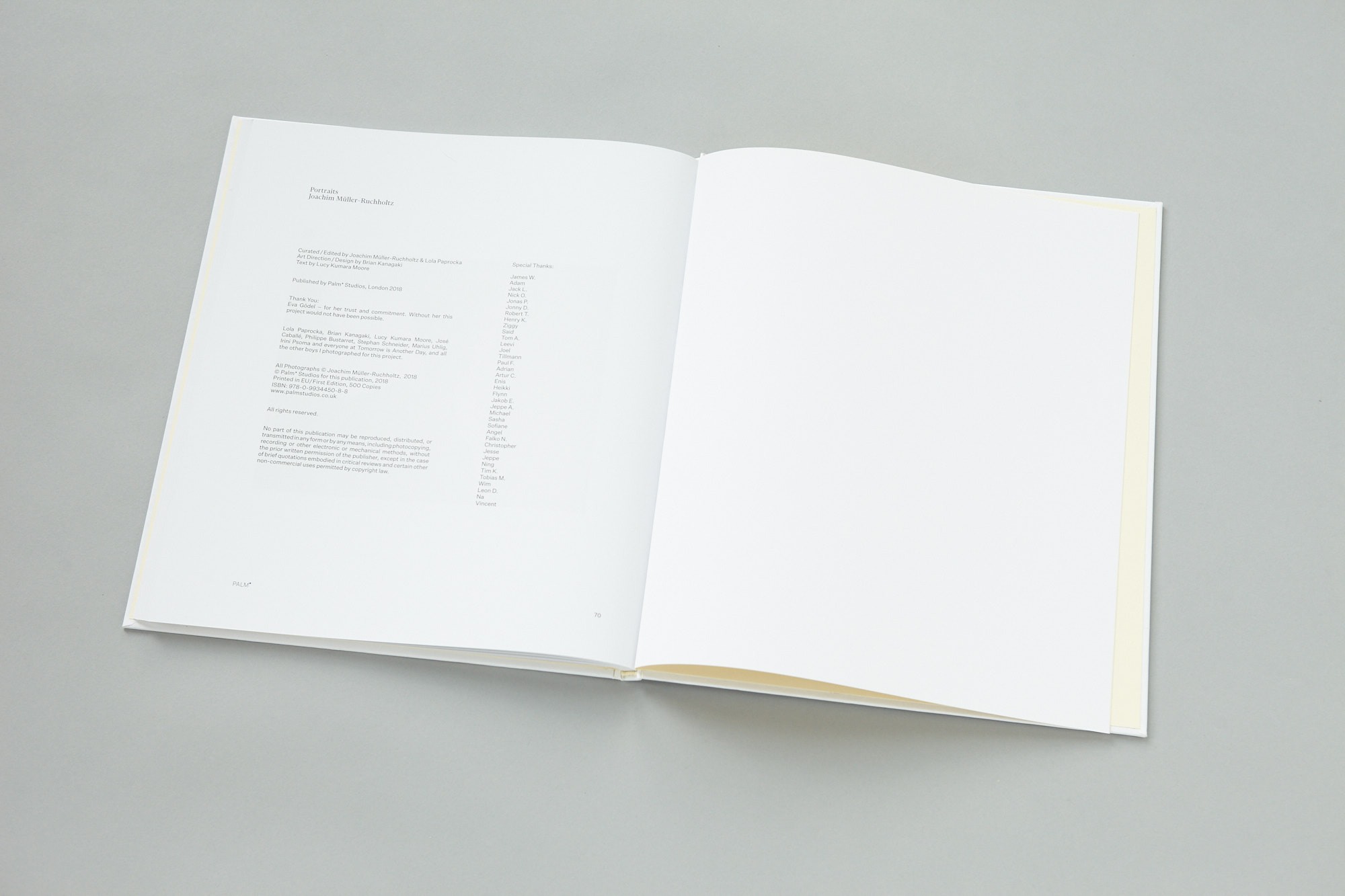